I would like to ask, what is the difference of the two "participio" and "gerundio"?

Here is an example in the text book:

Is "corrispondente all'attività svolta" used to describe the word "casella"?

Or it is related with the action of "scrivete il suo nome"? 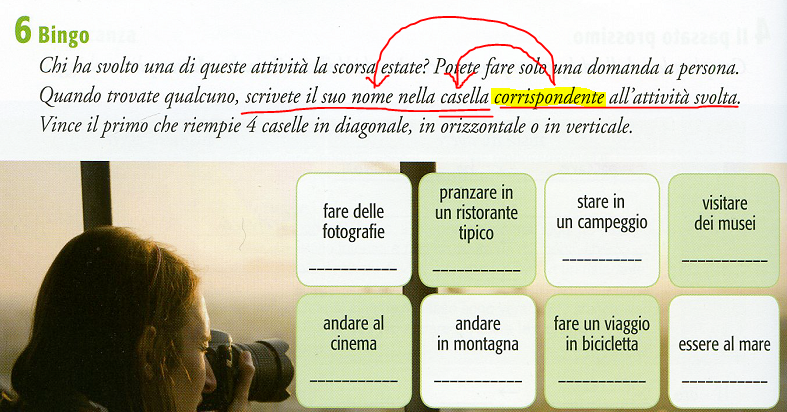 The meaning here of the participio presente is exactly the one you rephrase as “which corresponds to”.

The participio passato is either used for the composite forms of the verbs (le risposte non hanno corrisposto alle domande) or is used as an adjective denoting something that has done or received the action of the verb. Corrisposto would refer to something that corresponded to something (admittedly, corrispondere is not an especially versatile verb to make examples).

Finally, the gerundio is mostly used together with an auxiliary verb to express a continuous action, analogously to English: sto andando is “I'm going”, with just some different nuances. It can be used by itself, but its use doesn't correspond exactly to English one. You would not say, in that sentence, scrivete il suo nome corrispondendo a.... If anything, such a gerundio would have as its subject the same as the main phrase (the person who writes), so you could for instance say scrivete il suo nome usando una matita.

Not the answer you're looking for? Browse other questions tagged grammar difference or ask your own question.