When can be the acute accent be written over the letter 'i'? [duplicate]

Why is this? Could the reason for this orthographic rule be due to differences in regional pronunciations, or is there some other reason?

Only the vowels e and o can be pronounced in two ways, that is "aperta" (grave accent, è, ò) and "chiusa" (acute accent, é, ó).

For the other vowels a, i, and u, there is not such a distinction.

EDITED: In this context, they are neither "aperte" nor "chiuse". The use of the grave accent is not a rule, it's just conventional.

That's why in a few grammar books or books like the one you are reading you'll find acute accent on i or u. It seems that the autors feel important to distinguish how those two vowels are articulated compared to the other vowels. Other people, since there is no other way to pronounce a, i and u, do not see the need to mix the rules of Italian language accent with concepts related to universal phonetics. Besides, the acute accent is not even universally related to close or high vowels. END OF EDIT.

For details, please see on this same site the answers to this question.

About a and/or i and/or u closed or open

The diagram for Italian vowels is the following: 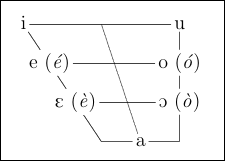 Formally, the "i" and "u" vowels are closed, so their correct accent should be acute (í, ú).

Accents of oxytone words were traditionally written with a grave accent in ancient italian, but there is some extent of inconsistency in literature about grammar (including dictionaries).

What also matters is that, while there are very few cases of confusion between same words with different accents ("bòtte" as plural of "botta", a hit, while "bótte" means barrel, "pèsca" as in peach, "pésca" as in fishing) and meaning is usually clear from the context[1], Italian grammar still requests to differentiate between words ending with è ("caffè") and é ("perché"), so it's usually requested that oxytones only differentiate the "e" in those cases, while all other vowels use the grave accent.

The current, accepted and common practice also uses grave accents mostly due to the standard Italian keyboard layout, which doesn't provide easy access to acute accents for A, I, O and U[2], and was probably introduced in typewriters using the tradition described above, even if it doesn't properly match the phonetic of those vowels. As you can see, this old Olivetti model uses the grave accent for those letters and only provide difference for the E: 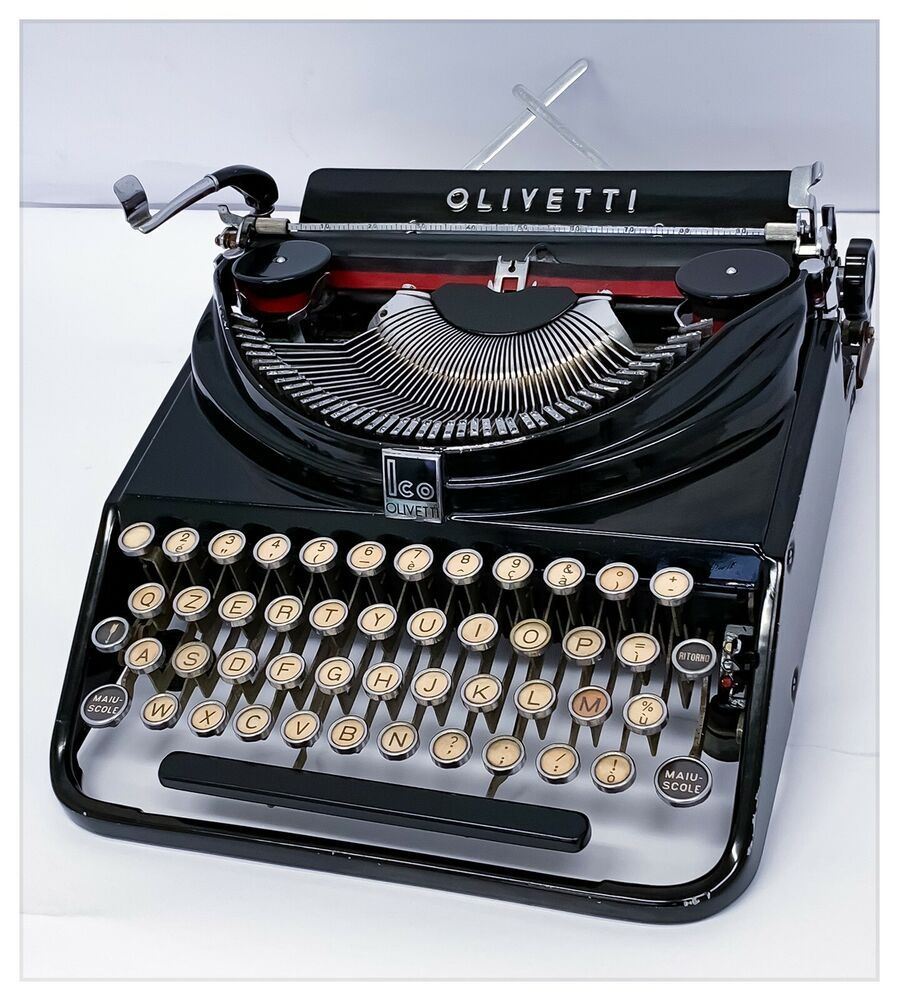 So, while the common grave accent is the accepted standard, using the acute one is not only also acceptable, but formally more correct.

[1] Since "bótte" is singular and "bòtte" plural, the article and verb usually clarifies the meaning, while both "pésca" and "pèsca" are singular, so a better writing would use the accent.
[2] Each OS provides different methods of typing extended characters. Linux is probably the first that introduced them in localized layouts using keyboard composition; the acute accent can be achieved with AltGr+,, followed by the letter.

Not the answer you're looking for? Browse other questions tagged grammar regional accents or ask your own question.

6
Difference between ò and ó?
13
Why is perché sometimes written perchè instead of perché?
6
List of uses of the apostrophe as opposed to the grave accent on an "a" with separate meanings (as in Da versus Dà versus Da')?
5
When does the noun change the gender?
1
"Lei è diventata donna": when is the article optional?
3
What's the purpose of the grave accent in penultimate syllables in Sicilian?
10
Can native Italian speakers read The Divine Comedy?
4
Why is the family name of the House of Medici written as 'de' Medici' not 'dei Medici'?
1
Should I capitalize the first letter of an Italian sentence like in English language?