Where does one find pronunciation, spelling, and phonetic rules in English for Italian?

In English, a native speaker learns to spell based on the way words sound. Correspondingly, one learns to pronounce a word based on its spelling, using phonetics. This involves rules learned when quite young, such as "I before E, except after C, or when sounded as A, as in neighbour or weigh." and the like. Most rules are simply absorbed as we grow up and obtain more vocabulary.

However, when learning another language, particularly as an adult, it can be more difficult to pick up these "rules" and it helps if they are explicitly stated somewhere. For example, in my Italian lessons, I have learned a couple, such as the "soft" G or C when followed by I (eg: Giacomo or città).

There must be many other grammatical rules such as these English and Italian examples. Does anyone know of such a list of rules for Italian, but in English so a beginner can understand?

I am hoping that as I learn to read Italian, that my spelling will necessarily improve as well, since I will understand the phonetics better, and when to use all the accent marks, etc. that we do not really have in English, because I will have seen them written over and over while I am hearing them. If you can hear the words as you see them in writing, I am finding that my brain just begins 'sussing out' the rules behind the punctuation and spelling and punctuation. We are all different - but this is working for me.

Here is a picture of the kind of phonetic spelling that "Italian in 10 minutes a day" has. 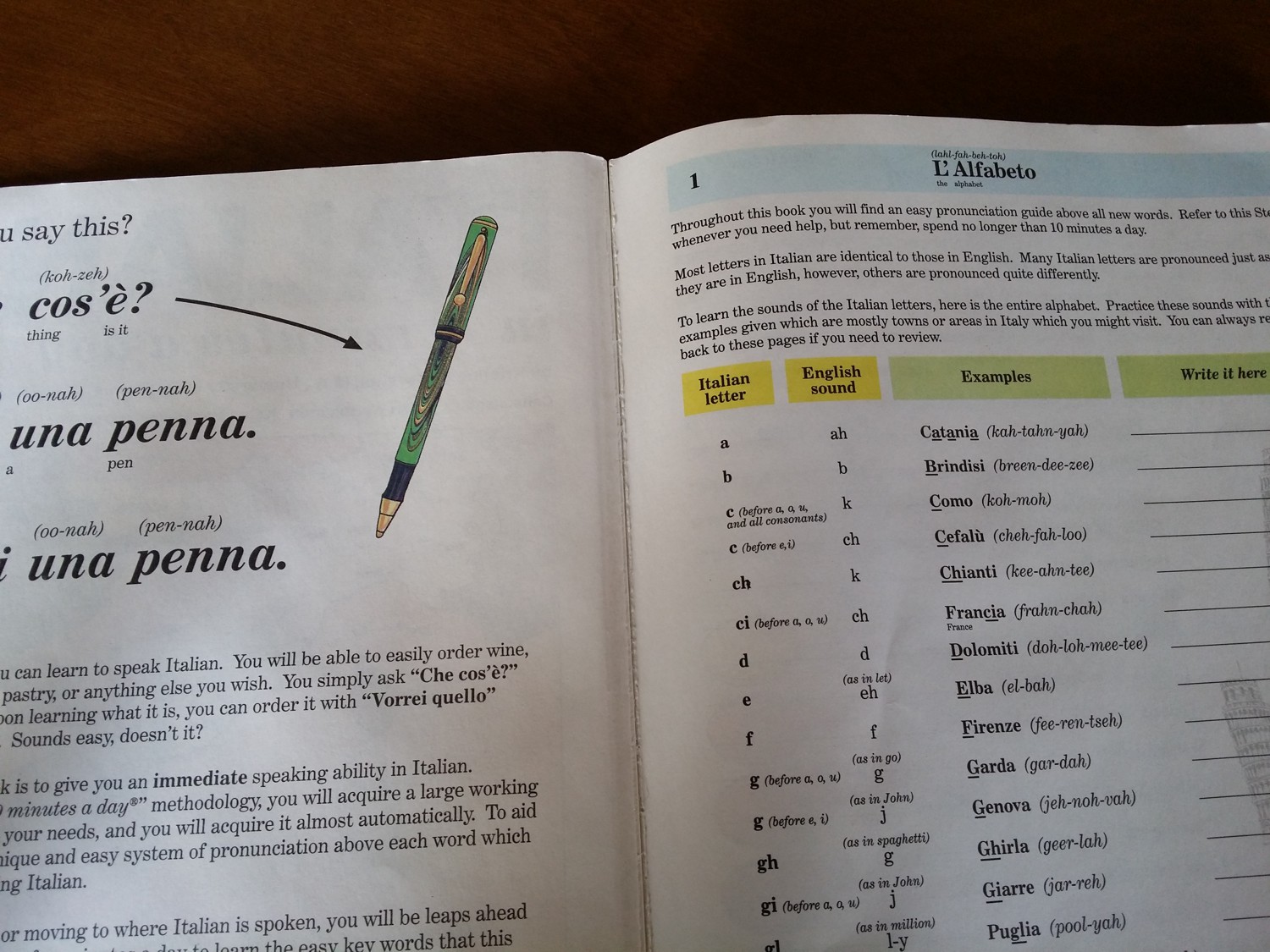 Not the answer you're looking for? Browse other questions tagged pronunciation spelling resources or ask your own question.