When translating "shark" into Italian, there are two translations: "squalo", "pescecane". I would like to understand the difference between them.

Both words are used (seemingly interchangeably) in this Wikipedia article:

Having done some research online, here is my hypothesis: "squalo" is the formal term from biology, and "pescecane" is the colloquial term.

Am I right? What is the difference between these two terms?

This is the newer word, entering the lexicon around the 17th century, literally meaning "dogfish". In the past 50 years it has decreased in popularity:

and is now mostly used by the older generation and in certain regional dialects of Italian (e.g. Calabrian).

This is also the term used for shark meat in culinary dishes (like the difference between cow, pig and beef, pork).

This is the older word, inherited from the Latin squālus. It is nowadays the more common word used to refer to sharks of any species in standard Italian.

In most other Romance languages, the cognate of squālus is indeed the scientific term for sharks (e.g. French squale, Catalan esqual, Spanish escualo, Asturian escualu, Romanian scal, Ligurian squæo) but in (standard) Italian it is the general term.

This is the Italianised form of the scientific name for the Great White Shark, Carcharodon carcharias (itself from the Greek word for shark, καρχαρίας (karcharías)) and as such carcarodonte is also used in scientific circles to refer to this specific type of shark. It is about as common as carcharodon is in English.

Having two words for shark isn't unique to Italian.
Historically the word used for shark in many European languages referred specifically to the small species commonly encountered/native to their waters e.g. dogfish.
When the European colonial powers invaded the Americas they encountered the now more familiar much larger species of shark. Due to this, new words were adopted to describe these larger species, and eventually, through metonymy, the old words were mostly supplanted by the newer ones, having taken on a more general meaning e.g. 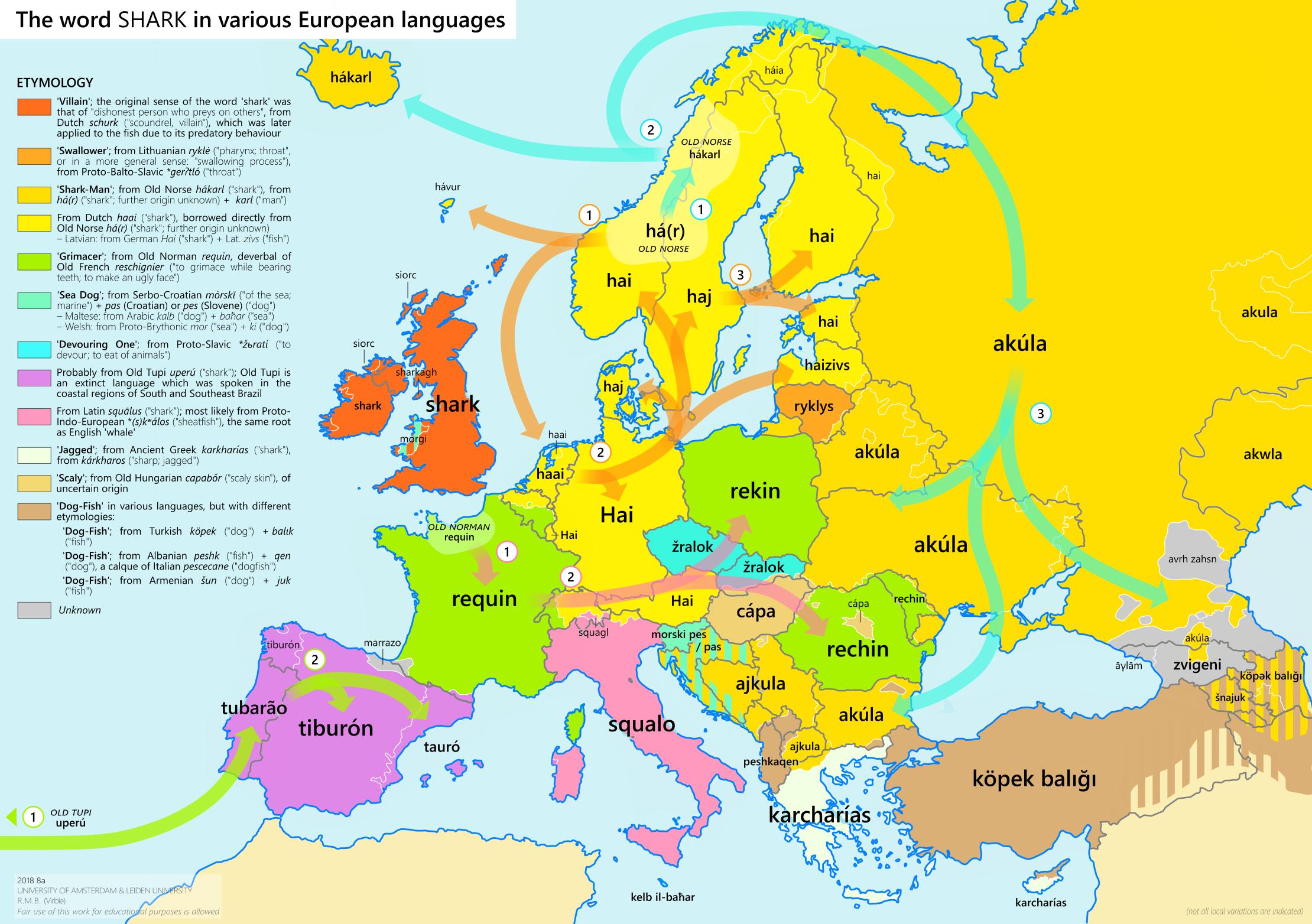 "Carcarodonte" is probably the formal biology term for the white shark, even though i never heard this word. You usually use "squalo", and your grampa would use "pescecane", which was a way common word in the past (eg: "il pescecane" in Pinocchio).

Pescecane is indeed more colloquial than squalo and it is still used quite often in the area around Trieste and the former Italian teritories where I grew up (Istra in Croatia). Older generations (my grand parents) used exclusively pescecane. Squalo being the standard Italian is used the one used exclusively in e.g. TV programs. That influence is probably the pricipal reason for the decreasing popularity of pescecane among young people in the last few decades.

Not the answer you're looking for? Browse other questions tagged difference vocabulary nouns synonym or ask your own question.